Magarditch Halvadjian kicked-off our 2019/2020 season. But really – what a start! What a flying start to the new Leader Talks season! Everyone who was part of the 🎩 magic ⭐️that happened on the stage in Carrusel Club knows what we’re talking about! And for the rest – we are sharing some of the best insights from the event. It was much more than a conversation, much more than sharing and much more than a confession! Maggie revealed stories, emotions, vision, opinion, position, values, ambition – all this in an exciting and emotional rollercoaster led by Mr. Dimitar Stanchev! In addition to juggling live on stage with three oranges, we also brought many challenges and surprises to Maggie! The focus with the cigarette he showed us was a fleeting part of the magic we saw – Maggie is magic, really! Charisma, presence, passion, meaning and a lot of motivation! Check out his answers to some of YOUR questions:

🧠  How do you balance work and pleasure?
Maggie: I don’t have to, because my job is a pleasure. I’m convinced, although they say I’m an idiot to think that, but I am a person who hates Saturday and Sunday. I know – you can’t help but think of me as an idiot. And after all those years, they still look at me in a weird way. And they are probably thinking: “Either is he lying, or he is absolutely insane,” but it’s a fact – I totally enjoy what I do.

Can you understand that my blood is boiling, even when I am only talking about my projects – it is such a pleasure, to create something, to see its mistakes, to repair it, so that in the end it will work the way you see it. This is how I do my relax  – it is my pleasure , I want to do this, and I can do it 24 hours, I don’t sleep, I don’t get tired, I don’t do drugs, I don’t drink, I don’t need stimulants to do my job. I feel great because my work is my strongest stimulant.

🧠 What are the differences between leadership and management and + and – for both?
Maggie: A leader is not always a good manager, he attracts people around him, manages to bring them together, and he does not have to be a great manager. A strong example is Steve Jobs. Several times, not to say most of the times, his projects go bankrupt if he is dealing with them alone. That’s why some boards control him, etc., otherwise he is brilliant. I think that a good leader should fundamentally unite people and light them up on the idea. I waste a lot of time convincing the people around me why we should do something. It’s easy to stand up and say – “Dudes, today – this and that.” And leave. Will they really do it if they are not convinced? I want to convince them. To see in their eyes that I have convinced them. We will do it 100 times better if they are 100% in the process, and in order to be on their 100%, they must be convinced. And in order to be convinced, I must convince them. A leader is ought to be a good salesman and to be able to sell anything. I sell ideas. I present ideas to the TV and sell them those ideas so that they  can turn into something. 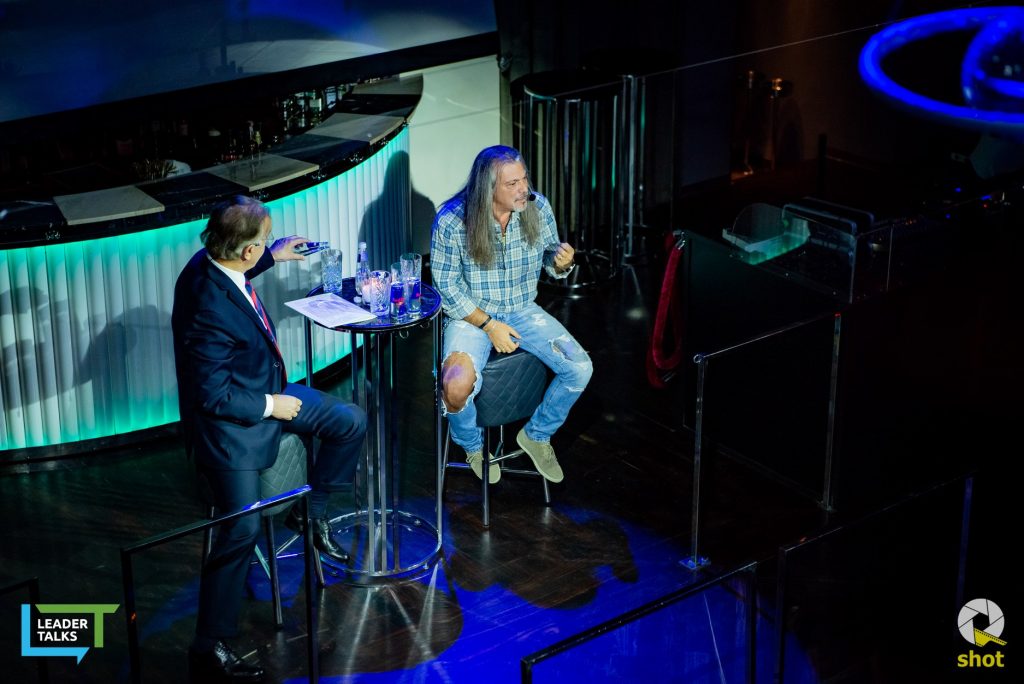 🧠 How do you know who are the right people for the team when starting a project?
Maggie: I don’t know, my instinct is doing this job. We rarely had the wrong people on our side. I have an instinct about whether someone is for us and whether he or she has the qualities to be in the company.

Years ago, we had a girl with us, who failed massively with a project that cost us 300k BGN. For us, at the time, that was a lot of money and she was guilty 100%. But I believed in her and I was convinced that she was just not put in the right conditions, in the right situation and some things were not properly explained to her, and we are also partly guilty for this. The other partners decided that we would not work with her, and I was the only one who believed and said we would work with her, I would work with her. Currently, this is the best employee we have in the company. Because this failure of hers, it motivated her so much, she was aware of all the mistakes and most importantly: she wanted to thank me that after such a failure, I believed in her.

🧠 What does a person/leader do after failing and when the reputation is ruined?
Maggie: Failure is not always about losing one’s reputation. I do not know a person who has been really involved in doing business and has not failed. You can’t always be in the top ten. In Bulgaria, we are kings in spoiling our reputation, but for other reasons. 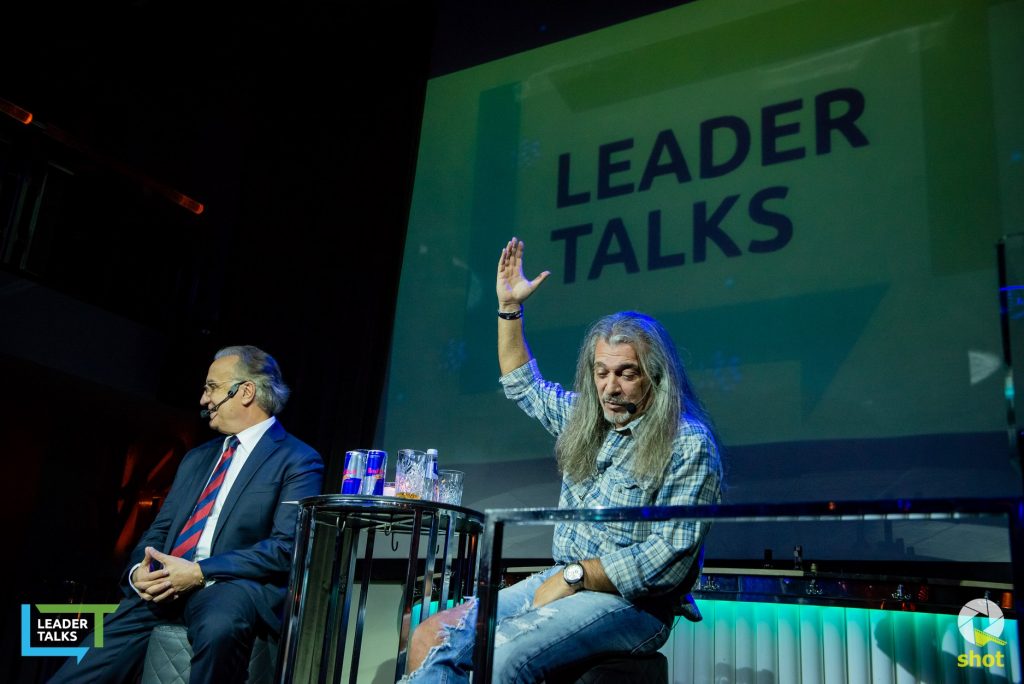 🧠 What advice would you give to a person who wants to start a business now? What qualities should he/she possess?
Maggie: Everyone writes books how to succeed, recipes are written. I don’t know how to do it – I don’t have the right recipe. But what I can tell you is my personal opinion and experience. From my experience – the cross-sectional thinking and the overwhelming desire to do something is what can make you start your own business. There are many obstacles, the question is whether you will find the right ways to get through these obstacles. Are you persistent enough to tear down all the walls along the way. You may not have these qualities.

Or another coincidence- walking everyday the distance between my home and office, I kept passing by a billboard saying “MSAT”. It was a coincidence that I decided to go in, knocked on the door. I went inside to share the idea of ​​one TV show. After 2 weeks we created a demo of this show and 4 years this show was broadcasted on MSAT. I don’t know if it’s a coincidence, maybe by chance I wouldn’t knock on the door of MSAT. Or maybe it was a coincidence, when the recently elected boss of bTV, had seen me by chance on the street and asked me what I was carrying with me. I said “It’s an idea for a show – “Sladko Otmushtenie” (“Sweet Revenge “) and now I am going to BNT to present it.” And she told me “No BNT – you will do it with us. ”

If I want to do something, I can be very persuasive and persistent, but not to manipulate and lie, because those lies and manipulations will shine out brightly tomorrow. You can’t afford to lie if you want to work and think in the long-term, because after 3 years, that lie will become huge. As much as you believe in yourself and as honest as you are with yourself, you have to be that honest with the people you sell your ideas to. And I’ve always done it this way, and I’ve shown everyone that when I negotiate, I’m actually ready to die for what I want to do. I’m ready to walk through fire to do it. At first I did it without money. At some point they started giving me money. Then they started giving me a lot of money. Then it turned out we were so good at what we were doing that they were looking for us a lot and we were making a lot of money. This is the way to go. Many young people want success to happen to them tomorrow – right now, instantly. No way. The success that happens immediately is very rare and very often does not endure over time. Because the worst thing is to skyrocket now and then it turns out that you can’t hold on to your success. Walk your own way steadily, consistently, step by step, everyday and success will come to you.